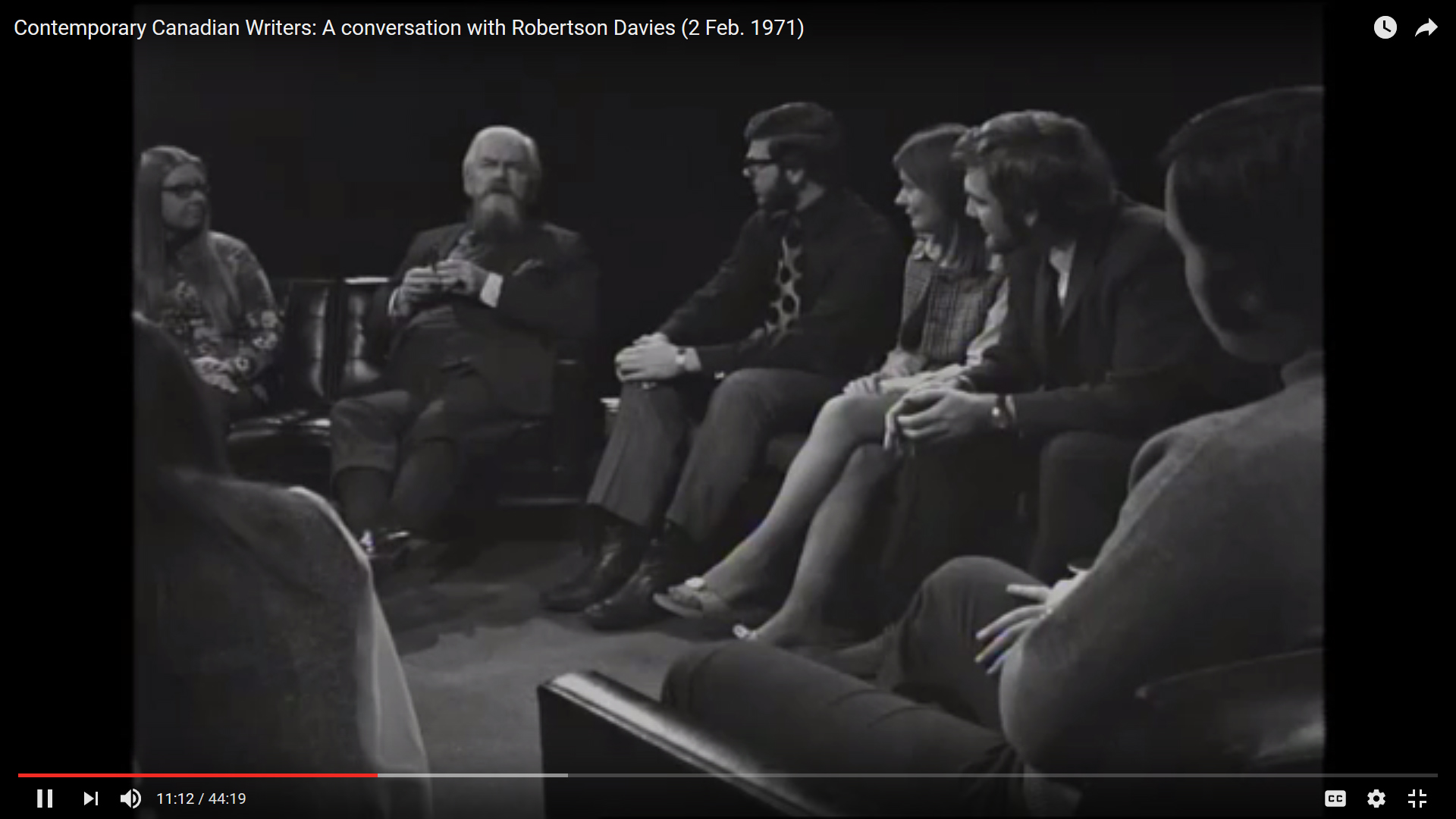 The University of Toronto Archives and Records Management Services has launched a YouTube channel to feature and promote audiovisual material on U of T and Canadian history.

The channel currently features 19 videos, including the 1939 Royal Visit to Hart House, Varsity Life (a U of T promotional film, circa 1923), the construction of Robarts Library, and interviews with Margaret Avison, Robertson Davies, and Hugh MacLennan. The channel also includes a 1968 video of René Lévesque speaking with students at Scarborough College, as part of the French Canada Today series.

This material was digitized as part of the 2015/16 audiovisual preservation program, which sought to digitize some of the Archives’ most popular and research-rich holdings, including 5 early U of T promotional films on 16 mm. The project also funded the digitization of 36 Media Centre titles from 4 series: Contemporary Canadian Writers (1971-1972), French Canada Today (1968), the Options Conference on the Future of the Canadian Federation (1977), and the Computer Science Research Group (1981-). The project also enabled the digitization of 119 oral histories (1976-1990) with former U of T presidents, administrators, deans, professors and student leaders. These oral histories provide a unique glimpse into the personalities, programs and events that made U of T history.

Digitization of this material will help expand its use and research value to a wider audience, as well as help preserve the original film and tape by reducing our need to access them. We are pleased to receive continued funding for digitization projects in the 2016/17 year, and intend to load more content onto our YouTube channel in the near future.

[Above image: A Conversation with Robertson Davies, 1971)