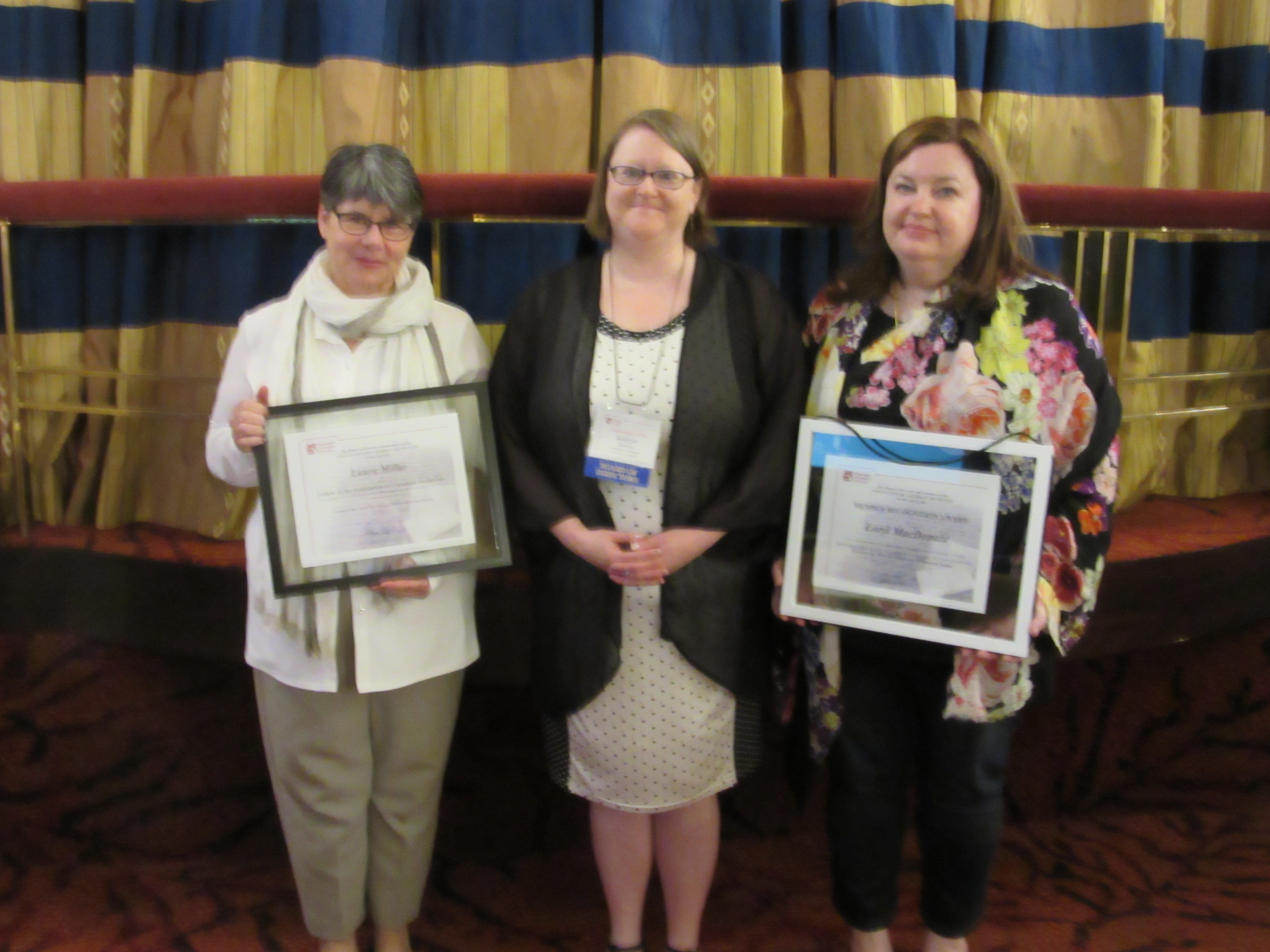 Loryl MacDonald, U of T’s University Archivist, was honoured with two prestigious awards this conference season, recognizing her incredible contributions to the archival community, both at the provincial and federal levels.

On May 13th, Loryl was awarded the Alexander Fraser Award by the Archives Association of Ontario (AAO). The Fraser award is given to individuals who have contributed in a significant way to the advancement of the archival community in Ontario.

Then, on June 3rd, Loryl won the Member Recognition Award from the Association of Canadian Archivists (ACA), the profession’s national association. This award honours ACA members who have made and continue to make significant contribution to the association and the development of the archival profession, and to recognize, celebrate and encourage the professional achievements, contributions and excellence of ACA members in the field of archival practice.

As the AAO website states, “Loryl MacDonald started her career in archives in 1997. She has worked at U of Toronto Archives and Records Management Services for many years and was appointed University Archivist in 2012. Loryl has been an active and influential member of the archival community, holding numerous positions: president of TAAG; vice-president and president of AAO; and director without portfolio, vice-president and president of the ACA. She has served on several committees at the provincial and national level, was part of the 2010 ACA Conference Program Committee, edited the ACA Bulletin, and in 2014 co-chaired the Organizing Committee of the Canadian Archives Summit with Ian Wilson. Loryl also lectures at the Faculty of Information at the University of Toronto, preparing and mentoring many new professionals for the realities of archival work in Canada. Loryl is an extremely dedicated and accomplished archival professional and role model for new professionals who fully deserves the Alexander Fraser award.” http://aao-archivists.ca/Awards/4049882